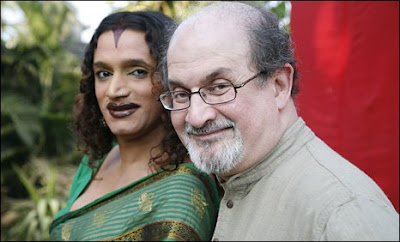 Some of India’s best-known writers have come together in a unique anthology of writing which tells the human stories behind HIV/Aids in the country. 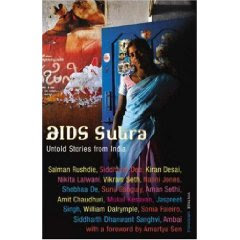 India has one of the largest numbers of HIV-positive people in the world and they suffer serious social stigma.
Aids Sutra: Untold Stories from India has been published in collaboration with Avahan, the India Aids initiative of the Bill and Melinda Gates Foundation, a leading HIV prevention project.
Roughly $2 from the proceeds of each book sold will go to support children affected by HIV/Aids in cities which have a high prevalence of the disease.
For the project, 16 writers travelled across the country to talk to housewives, vigilantes, homosexuals, drug addicts, policemen and sex workers – and served up engaging essays on the disease and its fallout in India.
They include Booker Prize-winners Sir Salman Rushdie and Kiran Desai; Vikram Seth, the celebrated author of A Suitable Boy; and internationally-acclaimed writer and historian William Dalrymple.
Other contributors include novelist Amit Chaudhuri, leading Bengali writer Sunil Gangopadhyay, historian-writer Mukul Kesavan and popular novelist Shobhaa De.
“This [anthology] is a huge achievement… it is critically important to recognise that the Aids epidemic is primarily a crisis of human lives… We are in it together,” says Nobel Prize-winning economist Amartya Sen in the foreword.
The range of essays is truly impressive.
Sir Salman, for example, spends a day with eunuchs in the western city of Mumbai (Bombay) to write up a piece called The Half-Woman God.
“India has always understood androgyny, the man in the woman’s body, the woman in the man’s. Yet… the third gender of India still need our understanding, and our help,” he says.
Read the rest on the BBC.
Aids Sutra is published in the US and UK by Anchor Books and Vintage respectively, and in India by Random House India.