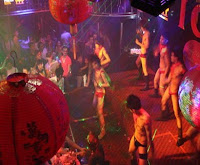 via Global Forum on MSM and HIV, by Don Baxter

The last five years have seen astonishing – arguably catastrophic – increases in HIV seroprevalence among Thai gay men and men who have sex with men (MSM). HIV seroprevalence has risen from less than 10 percent early this decade to more than 28 percent by mid-decade.

• How could increases as dramatic as these happen in a country with a previously successful HIV prevention response?

• Is Bangkok merely the precursor for similar HIV catastrophes among the MSM communities of Asia’s other mega-cities?

• What can the world learn from Thailand’s experience in these dramatic increases?

A complex series of factors is involved in analysing why these increases happened – but arguably they add up to Bangkok being a tragic case study of how an effective ‘enabling environment’ for a national HIV response can be inadvertently dismantled – with catastrophic results.