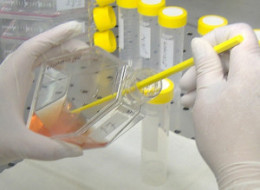 On the heels of World AIDS Day comes a stunning medical breakthrough: Doctors believe an HIV-positive man who underwent a stem cell transplant has been cured as a result of the procedure.

Timothy Ray Brown, also known as the “Berlin Patient,” received the transplant in 2007 as part of a lengthy treatment course for leukaemia. His doctors recently published a report in the journal Blood affirming that the results of extensive testing “strongly suggest that cure of HIV infection has been achieved.”

While Brown is the first person to ever be declared cured of HIV, his case paves a path for constructing a cure for HIV through genetically-engineered stem cells.