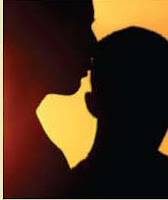 Via The Lancet, by Thomas J Coates.

Larry Kramer, on accepting the Tony Award last month from the Theatre Guild-American Theatrical Society for The Normal Heart as Best Revival of a Play said: “To gay people everywhere, whom I love so dearly…we are a very special people, an exceptional people, and…our day will come.” My day came in 1982 when I secured an Assistant Professorship in the Department of Medicine at the University of California, San Francisco. I set about establishing a behavioural medicine clinic fully integrated into general medicine practices, researching chronic disease prevention, and teaching interns and residents about psychological issues. One guest speaker, a social worker, led a discussion with the residents about the special medical needs of gay men. He was dead a month later from what later became known as AIDS.

The “special and exceptional people” cited by Kramer had lived through the 1970s and fought for human rights in the USA. That was followed in 1981 with the scourge of AIDS that could have knocked the wind out of the gay community. Instead, the community rallied and used its skills and talents to advocate for resources to develop community-based systems of care and prevention, and to ensure that human rights were not trampled.

Unleashing that energy and skill to build a global movement to improve HIV prevention and care services for men who have sex with men (MSM) is long overdue. Momentum is building and Chris Beyrer and co-authors make an important contribution. The Global HIV Epidemics among Men Who Have Sex with Men documents the extent of the HIV epidemic and outlines what needs to happen to ensure that everything possible is being done to prevent and treat HIV infection in MSM worldwide.