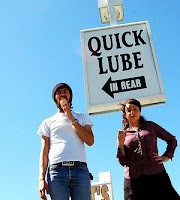 Below is an adapted version of the official MTN press release that went out moments ago on this study and associated PLoS One paper (“Is Wetter Better? An Evaluation of Over-the-Counter Personal Lubricants for Safety and Anti-HIV-1 Activity”). The IRMA modifications to the release – which do not alter any facts – underscore and emphasize that the study involved exposing human tissues to HIV in a laboratory setting. The study was not a clinical trial. It did not test lubricants in humans – an important fact to properly understand the context of the results.

While IRMA believes this study is very interesting and adds significantly to our understanding of lubricant safety, the study DOES NOT answer the critical question of what actually happens in humans. Testing lubes on vaginal and rectal tissues in lab settings is important work, but the findings from these studies are unable answer the BIG question out there – which lubes are safer than others when applied rectally or vaginally in HUMAN BEINGS?

IRMA has long prioritized the issue of lube safety, and once again we ask: Where is the commitment to fund and conduct lube safety studies that answer the critical question of REAL LIFE CONSEQUENCES?

When will we get the answers we need regarding the effects of lube in HUMANS when lube is used IN REAL LIFE?

–Aidsmap’s excellent article on this study: Some sexual lubricants damage cells – but may not increase HIV risk.

—Click here for more IRMA info on lubricant safety, with resources including a fact sheet and an extensive QA document.

Cell Damage Caused by Application of Certain Personal Lubricants Does Not Increase Risk of HIV Infection in Tissues Exposed to HIV in a Laboratory, According to a New Study

PITTSBURGH, Nov. 7, 2012 – The use of certain water-based, over-the-counter personal lubricants can dry out and irritate vaginal and rectal tissue, but does not appear to increase susceptibility to HIV in vaginal tissues exposed to HIV in a laboratory setting, according to a study published today in PLoS ONE. Even so, say study authors affiliated with the National Institutes of Health (NIH)-funded Microbicide Trials Network (MTN), more research is needed to fully understand the safety of personal lubricants and their effect on epithelial tissue, the layer of mucosal cells that acts as the body’s first line of defense against sexually transmitted HIV.

“We tested several kinds of personal lubricants [IN THE LABORATORY] and those that did the most damage to cell tissue were hyperosmolar,” said lead study author Charlene S. Dezzutti, Ph.D., associate professor of obstetrics, gynecology and reproductive sciences at the University of Pittsburgh School of Medicine and principal investigator of the MTN Network Laboratory.

“While we know there is cellular toxicity associated with hyperosmolar lubes, the damage did not appear to make cells more vulnerable to HIV infection,” Dr. Dezzutti explained.

Hyperosmolar lubricants contain more salts, carbohydrates and proteins than are typically found inside cells of the vagina or rectum. This imbalance causes epithelial cells to lose water and, as a result, dry out. They are different from iso-osmolar lubricants, which contain the same amount of salts and other ingredients as do the cells.

When the researchers applied the lubricants to tissue taken from the vagina and then exposed the tissue to HIV, they found that the lubricants did not increase the tissue’s susceptibility to HIV infection.

Other studies are seeking to address HIV susceptibility with rectal tissue.

Of the lubricants tested in the lab, Good Clean Love and PRÉ, both water-based iso-osmolar lubricants, were shown to be least harmful to epithelial tissue, along with two silicon-based lubricants, Female Condom 2 and Wet Platinum. Lubricants that were most toxic to the epithelial tissue (Gynol II, KY Jelly and Replens) also tended to damage “good” bacteria called lactobacillus, which is needed to maintain a healthy genital tract.

“Much more work needs to be done to explore the safety of lubes,” said Dr. Dezzutti. “This was an early study and the jury is still out as to whether hyperosmolar lubes cause damage to the epithelium that in conjunction with other processes, like inflammation, could increase susceptibility to HIV.”

“The most important point for people to take away from this study is that condoms are still the best way to protect against HIV and that lubes should always be used with compatible condoms.”

Click here for more info on lubricant safety from IRMA, with resources including a fact sheet and an extensive QA document.