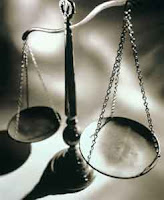 Via UNAIDS.
In Sub-Saharan Africa, the region most heavily affected by HIV, legal, policy and social barriers, including stigma, discrimination, gender inequality and the criminalization of key populations at higher risk of HIV infection, continue to make people vulnerable to HIV and hamper the ability of individuals, communities and states to respond to the epidemic. This was the conclusion of the Regional Dialogue for sub-Saharan Africa, part of the Global Commission on HIV and the Law, held at the beginning of August in Pretoria, South Africa.
No taboo should be left unchallenged

A significant breakthrough came from the pledge of participants to highlight and discuss all aspects of the legal environment relating to HIV, including laws and practices related to stigma and discrimination, access to affordable treatment, children and adolescents, women’s rights and gender-based violence.

“This regional dialogue is a great opportunity for us, as Africans, to confront the difficult issues including discriminatory and punitive laws that target sex workers and men who have sex with men, and other populations vulnerable to HIV,” said Bience Gawanas, African Union Commissioner for Social Affairs.

The criminalization of drug use, sex work and same-sex sexual relations was also confronted by the participants in a bid to challenge all taboos. This is remarkable as recent punitive legal and policy developments in a number of countries in sub-Saharan Africa relating to the situation of members of key populations has raised concerns about the readiness of stakeholders in the region to confront this issue. Some 31 countries in the region criminalize sex work, and same-sex sexual relations constitute a criminal offence in at least 30 countries.

Read the rest here.
[If an item is not written by an IRMA member, it should not be construed that IRMA has taken a position on the article’s content, whether in support or in opposition.]