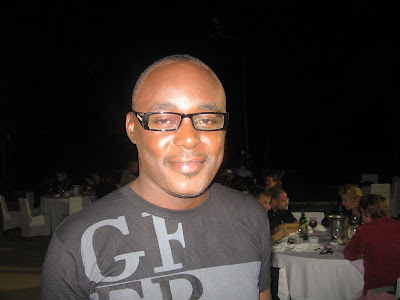 by IRMA member Lourence “Larry” Misedah of Kenya (pictured above)

It was a first in the history of the International Conference on AIDS and STI in Africa (ICASA). At the 15th ICASA held in Dakar, Senegal from 3-7th December 2008,there was high visibility and a wide presentation of LGBTI issues.

The LGBT pre-conference brought different participants together to unearth the truths and face realities as an emergence for the African LGBTI rights movement’s response to the HIV and AIDS epidemic. This led to a well-laid-out strategy and coordination to ensure strong representation through out the conference session, embodied by the pink book put together by Joel Nana (IGHLRC). Besides, the IGLHRC (International Gay and Lesbian Human Rights Commission) and the Africa Gay booths provided space for a healthy interaction with the public and a display of different material about same sex practices in Africa. 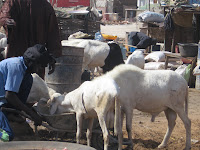 Notably, building on the key lessons learned of AIDS 2008 to strengthen the epidemic in Africa, it came out strongly on the need to address the epidemics in at risk populations through targeted prevention. This followed different research that has continued to indicate high prevalence rates among MSM even in countries where the rates are lower in the general population.

However, as noted by the Joint Press release by 12 organizations working on LGBTI issues, only 7 countries have included MSM in the strategic plan while only Kenya and South Africa have included WSW (women who have sex with women). Nevertheless the shared experience from Kenya and South Africa showed that inclusion in the National Strategic Plans (NSPs) does not automatically result in programming. There is therefore a need to ensure that the inclusion within the NSPs is accompanied by targeted programs. As well, whereas there has been some research done on MSM in Africa, it was also noted there is barely any study on WSW. A study done in South Africa has shown high prevalence rate in WSW – hence there is a need to carry out further research on the issue.

With the conclusion of the conference, the major challenge remains on if and how the issues of the most at risk groups will be integrated in the different countries national responses.