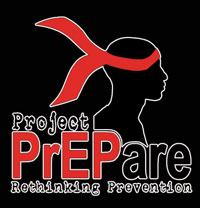 Via Ebar, by Dr. Robert Grant

A robust public debate is under way about the potential use of anti-HIV drugs to prevent HIV infection (also known as pre-exposure prophylaxis or PrEP). Our study, called iPrEx, provided the first conclusive evidence that the daily use of PrEP with the FDA-approved HIV treatment Truvada can significantly reduce HIV infection risk in gay, bisexual, and other men who have sex with men and transgender women, when delivered as part of a comprehensive package of prevention services, including condoms.

Recently, a private health care provider has begun a paid advertising campaign urging the FDA not to even consider approving the use of PrEP – charging, among other things, that MSM will stop using condoms if PrEP is permitted. The pros and cons of PrEP use should be vigorously debated – but that debate should be based on facts, rather than the assumption that MSM will not act to protect themselves and others from infection. Here are the facts about the iPrEX study:

The protection provided by PrEP and condoms together could have a substantial impact in reducing new HIV infections among MSM worldwide.

A diverse group of 2,499 HIV-negative MSM and transgender women on four continents with a range of sexual practices participated in iPrEx. All participants received a comprehensive package of HIV prevention services. Half also received Truvada, while the other half received a placebo (blank pill). Neither the study participants nor the investigators knew which pill they received during the study.

Men in both study groups reduced their risk behaviors and increased their condom use – demonstrating that MSM can use PrEP and condoms together. PrEP does not protect against other sexually transmitted infections and should never be considered as a substitute for condom use or other safer sex precautions.

Much more work lies ahead to determine whether PrEP can help stop HIV infections in other populations, such as heterosexuals and injection drug users, to better understand possible side effects of PrEP, to support consistent pill use among people who want to use it, and to ensure that PrEP is seen as one element of an HIV prevention strategy that includes regular condom use.

Additional studies are also under way to test whether other anti-HIV medicines (including pills, gels, and other formulations) are safe and effective for HIV prevention.