Part of a Movement
to Change the World 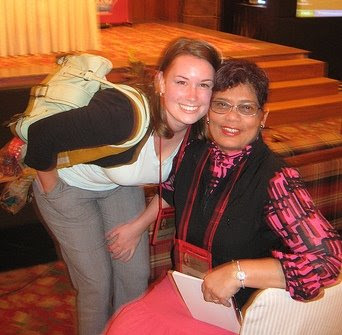 M2008 memories and the path forward

For the last two weeks I have been in South Africa doing work at the University of Zululand and in the township of Cato Crest in Durban. Both of these places are in Kwa-Zulu Natal where the epidemic in HIV rages on. The work I do with my students from the University of Michigan centers around an oral methodology to teach HIV prevention to low literate populations. I developed this method in the Caribbean about 18 years ago and brought it to South Africa in 2007. The objective was to train my students at Michigan to teach this methodology and then have them teach their peers at the University of Zululand, who then develop it in Zulu and teach their communities. So far these students have taught over 10,000 people in their rural communities. I talk about this because unlike Jamaica, where the epidemic is concentrated in segments of the population, the epidemic here confronts you everywhere, in the long lines waiting for ARVs (anti-retroviral therapies), in the numbers of students who die every term at the University of Zululand, in the numbers of children made vulnerable in the Cato Crest Primary school in the township of Cato Crest. This reality of my work in South Africa and the reality of my work in Jamaica (Jamaica AIDS Support for Life) where the HIV infection rates among MSM are astronomical, are the drivers of my commitment to microbicides. Despite the recent failures in the microbicide trials and the arduous struggle for rectal microbicides, I continue its advocacy where the constant questions are – where is it, when can I get it? The international Microbicides 2008 came at a time when I felt that my enthusiasm was beginning to wane and my microbicide advocacy speech would indeed seem like a far-away dream.

Where everyone knows its name

The conference was overwhelming – so many people all over the world gathered to discuss and inform each other about microbicides. I say to myself – so many people are here and so few people even heard about microbicides. When I speak about it in Jamaica and to my students in the U.S . who are in Women’s Studies or in the School of Public Health, no one has heard of microbicides, so to be in a place where everyone knows about it and debates it made me feel less lonely and part of a movement to change the world.

I was in India again after 25 years ,when I was there as a very young woman. Even though I didn’t get a chance to do very much, I could feel the difference in the Delhi-then and the Delhi-now. I felt that it was a place on the move, on the cusp, a city modern with a culture so 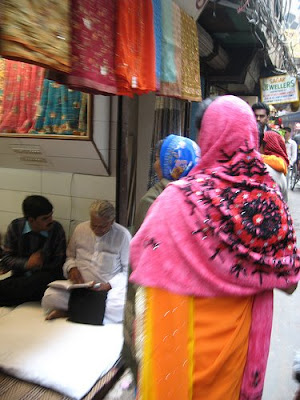 powerful that if it won’t rule the world, it is certainly at the moment profoundly influencing it. Everyone to me looked beautiful, even the poorest person was wrapped in color, I was constantly assaulted by the many beautiful sounds and sights. I was so appreciative to be in India and to drink it in.

The questions around adherence

The conference itself was a classroom and I loved particularly the D track sessions (on advocacy and community engagement.) These were people on the front lines of the epidemic and their insights and experiences were instructive and demonstrated the disconnect between the science protocols and ethics and the practitioners on the ground. I remember a great debate about adherence and the use of incentives. How do you encourage participants to adhere with token rewards instead of solid monetary incentives? The crux of this question is still troubling and at the center of the current debate around the trial of giving monetary rewards to people who do not become infected. For me this question must be resolved. How can scientists who are the greatest beneficiaries of trials and interventions, whether they succeed or fail, ask the poorest people to participate for the greater benefit of their societies while the scientists reap immediate benefits, publications, grants, travel, promotions? This was not the exact debate but it was a very lively discussion about the problems of practitioners achieving adherence to study protocols with incentives that are not enough to sustain adherence.

The sessions on gender and new technologies were disturbing for all the papers reiterated the severe disadvantages that women face in the epidemic. The male paradigm of science and how it affects women’s health was highlighted in Catherine Hankins presentation in one of the opening symposiums. I thought that the re-examination of the diaphragm as a choice for women was important in advocating for already available technologies. The redesign of the diaphragm and the female condoms are necessary and immediate priorities. This “old school” technology is not irrelevant.

I was struck by the priority given to the scientific presentations as opposed to the praxis and cultural presentations. The venues were better, the presenters were on stage, the rooms were larger. I think to some extent it represented the schism in current microbicide work – the disjunction between privileging scientific studies over behavioral cultural studies. Unless the social sciences are more incorporated in microbicide studies then the problems of adherence will continue and social scientists will continue to feel marginalized over the big important science.

The emergence of ARVs

Perhaps the most interesting thing I got from the conference was the emerging viability of ARVs as a method of HIV prevention . The implications of this research meant that now HIV positive people can become involved in the development of this new method since drug resistance becomes pivotal, and that the complexities and difficulties of the vagina in developing a vaginal microbicide can be circumvented. This still leaves us with a paucity of studies on the vagina and again reveals the sexist nature of the current state of science and women in 2008.

I appreciate the support of IRMA in attending this conference and becoming one of the first John Shaw scholarship recipients. I was honored to be selected. Last week I gave an open lecture at the University of Zululand on new prevention technologies and gender. It was very well received. It has occurred to me that perhaps now the word is no longer “microbicides” but “new technologies.” Somehow I think this is a tacit acceptance that the microbicides struggle is a long haul and that new technologies simply mean now a reworking of old technologies and the hope that ARVs will come to the rescue.

It is indeed a long road and I when it gets lonely I remember India and that we are part of a movement to change the world.

Check out IRMA’s photo set from the M2008 conference here.

Did you attend M2008 and want to add your photos to our growing collection? Send Jim Pickett of IRMA a note with your photos attached and they will be included.