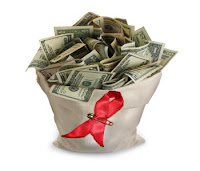 Via AFP, by Richard Ingham.

The biggest found that giving early drug therapy to people with HIV reduced the risk of infecting others by a massive 96 percent.

Other trials found that giving antiretrovirals to a non-infected partner reduced the risk by around two-thirds.

These amount to two powerful new choices — “treatment as prevention” and “pre-exposure prophylaxis” (PrEP) — to brake transmission of the AIDS virus.

They join male circumcision, a proven measure to protect men, to which a vaginal microbicide, still under test, may one day be added for women.

Making inroads into this tally means stumping up more money swiftly, said Julio Montaner, director of the BC Centre for Excellence in HIV/AIDS in British Columbia, Canada.

The higher early cost would lead to dividends, though. Eventually fewer people would ultimately become infected — and people on treatment contribute to the economy because they are healthy rather than a burden to it through sickness.

“It could pay for itself in about a decade,” calculated Jean-Paul Moatti, an economics professor at France’s University of the Mediterranean in Marseille, southern France.

The financial outlook, though, is worrying.

But in 2010, resources declined as Western countries, the mainstay of external funding, tightened the belt in response to their fiscal restraints.

Today, some 6.6 million people in poor countries have grasped the drug lifeline, but another nine million are still in need of treatment.

Reaching them by 2015, in line with the newly stated goal by UN members, will require between $22 billion and $24 billion annually.

Read the rest here.
[If an item is not written by an IRMA member, it should not be construed that IRMA has taken a position on the article’s content, whether in support or in opposition.]