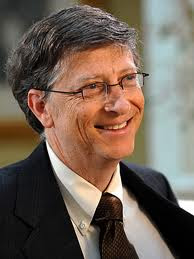 In a plenary speech here at AIDS 2010: XVIII International AIDS Conference, Bill Gates, cochair of the Bill & Melinda Gates Foundation and nonexecutive chairman of Microsoft, opened by telling the audience that in these times of constrained national budgets and investments in global health, he is still an optimist about fighting AIDS. He cited recent progress, with 5 million people now receiving antiretroviral treatment worldwide, up from fewer than half a million only 6 years ago. The rate of new HIV infections has fallen by 17% since 2001, he said.

He attributed the progress to scientists, clinicians, community workers, advocates, and the Global Fund to Fight AIDS, Tuberculosis and Malaria. During the past 20 years, more than 2 dozen antiretroviral drugs have been developed, many of which are now being made cheaply enough to serve developing nations, and regimens have been simplified, making it easier for people to adhere to them.