People are inundated with “safe sex” messages and condom advertisements, but heterosexual penetrative penile-anal sex is rarely, if ever mentioned in these, leaving a gaping hole in people’s knowledge and awareness. 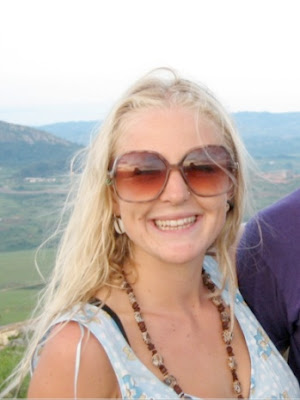 The censure and stigmatisation of a commonly practiced sexual behaviour not only puts people at greater risk but also creates an atmosphere of shame and disgust around what for many people may be a desirable, pleasurable and consensual part of sexual relationships and intimate interaction.

…a lot of my religious friends… who are trying to hold on to some sort of sanctity of waiting until they’re married to have sex – feel that oral sex and anal sex are sex that they can have that’s still not full sex in their eyes… I think that the youth… today… are searching for these things that don’t make them lose their virginity – but allow them to still sort of engage in sexual activity… like they think all their peers are.. It’s like a loophole – it’s like they’re desperate to hold onto their virginity – but they’re not scared to engage in other acts so that they look cool… [Respondent 1, Duby, 2008]

In some communities virginity until marriage is less an established religious issue than a traditional cultural preference. In some communities “virginity testing” is practiced. Young girls are examined before marriage to ensure that their hymen is intact. Discovery of a ruptured hymen brings shame to a girl and her family, and can jeopardise her eligibility for marriage. As a result of the high value placed on virginity and hymen maintenance (a falsity as the hymen can be ruptured in non-sexual activity such as tampon use or physical exercise) it appears that young people choose to have oral and anal sex instead.

Research on adolescent sexual behaviour in the past has been largely limited to vaginal intercourse, thus accurate prevalence statistics for non-vaginal genital activity amongst adolescents are unavailable. Research and sexual health programmes have traditionally used the classification of an individual as ‘sexually active’ based on vaginal intercourse. This means that ‘technical virgins’ who are engaging in non-vaginal sexual activities are omitted from discussions on sexual risk, potentially excluding many sexually active young people and consequently placing them at greater risk.

…it’s a nice way because then there’s no stress if he comes inside you… [Female respondent, Duby, 2008]

iv. Peer group pressure: “because everyone else is doing it”
In contrast to the pressure to maintain virginity exerted by religious and traditional communities, the power of the peer group should not be underestimated. Young people are subject to the powerful force of wanting to conform, of needing to be accepted into social groups. In ‘school yard’ discussions about sex prestige may be gained through sexual prowess and sexual experience. Some youths, in an effort to win respect and admiration from peers may exaggerate and boast about sexual experiences, in order to appear ‘mature’. Banter about adventurous and exciting new sexual positions, that may only be entirely theoretical, may exert pressure on more inexperienced teenagers to try out ‘what everyone else is doing’. Sexual prowess, expressed in terms of numerous sexual partners or claimed wide sexual experience, is linked to both peer and general social recognition, especially of a masculine profile.

Additionally, in some societies menstrual blood is seen as a dirty polluting substance, potentially dangerous for men to come into contact with.

vii. For him
Some feminist writers have argued that women have only come to understand their sexual pleasure and desire in terms of a patriarchally defined female sexuality which serves the male. In the process women are denied their own sexual subjectivity and pleasure. However it may be informative to examine the personally perceived moral obligations that a woman has to fulfill and satisfy her sexual partner’s desires, needs and fantasies. Popular contemporary media often compounds the perception that good sex in a relationship is the woman’s responsibility (however it would not be fair to say that men do not also come under pressure to provide sexual pleasure to women).

…my partner is always eager to do that (have anal sex)… and then I’m always kind of like “I don’t know” – so I think that mutual enjoyment out of it would be nice… which is probably why I really want to explore it a little more… I think it’s… it’s selfish in a way – you know you don’t want to be too giving in a sexual relationship – you want to get just as much enjoyment out of it as him at the same time… so I suppose it’s about getting to that point where we’re both enjoying it as much as the other. [Female respondent, Duby, 2008]

Interviewer: And do you feel, when you’re in that situation, do you feel it makes you more submissive?
Female respondent: Definitely. Because I’m not submissive by nature – and I suppose that’s why it feels a bit weird emotionally because you know I am literally not in control… I mean even from my experience of a partner’s reaction during anal sex, he kind of gets very… like an animal in a way… and he kind of loses a bit of himself and it becomes kind of… It’s difficult to explain… it has happened where it got to the point where I was like “ok, enough”… and they haven’t heard me… by choice – to put it bluntly… and that’s not… that’s not nice… that’s not cool, and that’s very sort of demoralising – and afterwards you really do feel violated… [Duby, 2008]

Penile-anal sex is sometimes viewed as more aggressive and transgressive than penile-vaginal sex, involving the domination of one partner over the subordinate other.

I think it’s definitely… the most vulnerable position a woman can be in… it obviously depends on the partner as well … what space he’s in when he initiated it… If it’s more because he’s not thinking about you in the process… there have been times when it’s been great, but sometimes it just makes you feel violated… even though you love the person that you’re with – and you care for them, you still feel a little bit violated after that… It also depends on how it’s received – how it’s valued… by the partner – because if it’s kind of like as they say “wham bam thank you maam”, then it’s sort of not appealing after that – but if it’s – if something does happen emotionally – and you do feel closer to that person and you can see that it’s reciprocated, then it becomes more intriguing, and then you think “maybe it won’t be so bad”… [Female respondent, Duby, 2008]

I think it’s quite a submissive thing to do… to be on the receiving end of it – I think there’s much more of a power dynamic than I think there is with ‘normal sex’…. That was all part of it – that was just part of the fantasy and the – you know what makes it fun…. and for him – I think that’s why he liked it as well – I think partly because you know you’re not facing each other – so it’s more about just the sex than about the love or anything…. [Female respondent, Duby, 2008]

…there’s a comfort level that goes above and beyond the comfort level of just having regular sex with somebody. Just to be able to do that and not feel gross and self-conscious about it… [Female respondent, Duby, 2008]

…it’s like bungee jumping – you know you’re going to get scared – and you know it’s not going to be pleasant for the first few minutes but you know afterwards you’ll think: that wasn’t so bad… [Female respondent, Duby, 2008]

…it was mostly just because it was… just a different sensation or whatever… [Female respondent, Duby, 2008]

The first time I did it, I had to get used to the feeling – you know because it’s something that’s completely different from anything you’ve felt before… [Female respondent, Duby, 2008]

xi. Sexual choice and variety
Sex is a consumer product in the context of the consumerist society we live in. There is a plethora of sexual choices and lifestyles that the (‘free’ and ‘modern’) individual sifts through and samples as a means through which to express the self. With sex shops, pornographic material, sex toys and sex shows becoming increasingly accessible and popular, we are inundated with imagery of the weird and wonderful world of adventurous and exciting sex. Within this jungle of sexual opportunities we are encouraged to find our sexual selves. In a context free from coercion, exploitation and economic pressure, the modern Western individual reaches sexual self-realisation through conscious choice.

Until now safe sex messages and HIV prevention programmes have retained a limited and narrow view of sex. Only recently have condom and lubricant manufacturers cottoned onto this thirst for sexual adventure and fun in the affluent West, and have increasingly geared certain products towards this and away from boring, outdated and conventional sex.

xii. Subversion and deviance
The Christian influenced Western world has been largely conditioned by the pervasive philosophy of sex as a sin. In the dualistic notion of the temptation of the ‘forbidden fruit’, desire is increased by the forbidden nature of a sexual act, and sexual activity itself is enhanced by the very fact of transgression. The risk of ‘defying rules’ creates an aura of excitement and ‘additional thrill’. Arousal may be substantially increased if the sexual act is perceived to be an ‘illegitimate activity’.

…with my last sexual partner, I would often say to her, I feel like something nasty tonight… some days we’d be on the same page and other days we wouldn’t… I don’t know if subversion is the right word but something… you know sometimes you feel a little destructive – and letting your hair down and being a little nasty… is attractive… [Male respondent, Duby, 2008]

…just because it is so taboo – I think that’s what makes it more appealing. [Female respondent, Duby, 2008]

The censure and stigmatisation of a commonly practiced sexual behaviour not only puts people at greater risk but also creates an atmosphere of shame and disgust around what for many people may be a desirable, pleasurable and consensual part of sexual relationships and intimate interaction.