via Aidsmap, by Michael Carter 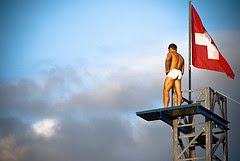 Gay and other men who have sex with men remain the group most affected by HIV in many industrialised countries, including Switzerland. Sexually transmitted infections also disproportionately affect gay men. If left untreated these infections, including chlamydia, can significantly increase the risk of acquiring HIV. As reported on aidsmap.com UK investigators found that many chlamydia infections in gay men were in the rectum, and that HIV-positive gay men were disproportionately affected by rectal chlamydia

Investigators from the Swiss HIV cohort therefore postulated that anorectal chlaymdia infection could be contributing to the ongoing HIV epidemic amongst gay men in the country.