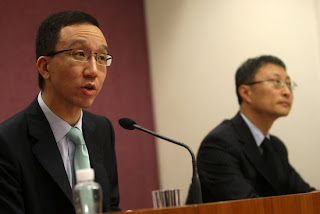 
About 140 overseas and local experts working in the AIDS sector are meeting in Hong Kong over three days (December 7 to 9) to discuss the prevention of Human Immunodeficiency Virus (HIV) infections among men who have sex with men (MSM), and also how to enhance efforts towards the treatment, care and support in the participating cities.

The event, entitled “Action Planning Meeting of Men Who Have Sex with Men and Transgender Populations Multi-City HIV Initiative”, is jointly organised by the Department of Health (DH), the United States Agency for International Development, organisations under the United Nations system, the Asia Pacific Coalition on Male Sexual Health, the Asia Pacific Network of People Living with HIV/AIDS and regional partners.

The three-day meeting is being attended by about 140 participants from 12 countries and 30 regional organisations, with major participants from six Asian cities, namely Bangkok, Chengdu, Ho Chi Minh City, Jakarta, Manila and Yangon. They are joined by local experts and observers.

It is the first time an action meeting of this kind has gathered in the Asian region to review the current HIV epidemic trends, examine municipal response and identify innovative initiatives to step up efforts in HIV prevention, treatment, care and support amongst MSM and transgender populations in the six cities.


[If an item is not written by an IRMA member, it should not be construed that IRMA has taken a position on the article’s content, whether in support or in opposition.]