Remarks by Stephen Lewis, Co-Director of AIDS-Free World delivered at the Commonwealth People’s Forum on the eve of the Commonwealth Heads of Government Meeting (CHOGM) Tuesday, November 24, 2009, 10:00 a.m., Port of Spain, Trinidad and Tobago:

It’s one thing to talk about the promotion of the ‘traditional family’ as the author of the Bill does ad nauseam; it’s quite another thing to incite the promotion of disease and murder. Gays and lesbians don’t challenge traditional families; their private sexual practices don’t invade the sanctity of family life. The accusation is a vile canard. People who plead the supremacy of family values over other human values have one of two motives: either they’re biblical fundamentalists whose religiosity has gone haywire, or they’re so steeped in irrational fear of different sexual orientation that human rights have no meaning. 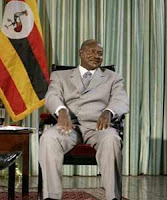 This is a moment of truth for the Commonwealth. The anti-homosexuality Private Member’s Bill introduced into the parliament of Uganda, and now proceeding through the normal legislative process, puts the Commonwealth’s legitimacy and integrity to the test.

In a fashion unmistakable in both clarity and intent, the putative legislation declares war on homosexuality. There are deeply offensive sodomy laws and homophobic statutes on the books of many other Commonwealth countries, particularly here in the Caribbean. But nothing is as stark, punitive and redolent of hate as the Bill in Uganda; nothing comes close to such an omnibus violation of the human rights of sexual minorities. For some time now, Uganda has had offensive anti-homosexual legislation on the books, but this variant, this inflammatory redesign makes of the law a veritable charter of malice.

One must remember that the last meeting of CHOGM was held in Uganda in 2007, and issued what is called the “Munyonyo Statement of Respect and Understanding”. It asserted that the Commonwealth “is a body well-placed to affirm the fundamental truth that diversity is one of humanity’s greatest strengths”. It went on to say that “accepting diversity, respecting the dignity of all human beings, and understanding the richness of our multiple identities have always been fundamental to the Commonwealth’s principles and approach …”. President Museveni signed the document. How in the world does he reconcile the affirmation then with the defamation now?

It is noteworthy that much of the strongest opposition to the Bill is coming from the courageous Lesbian, Gay, Bisexual, and Transgender activists on the ground. LGBT activism always commands admiration, but in this instance especially so, because their very lives hang in the balance.

Read the rest on AIDS-Free World.