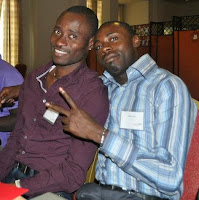 What do we know?

What are we getting wrong?

Dr. Karim of the famous CAPRISA 004 study argued that this sexual behaviour- when unprotected – could be driving a sizable amount of new HIV infections in Africa. In agreeing with him, I asked the question “is it time for us to broaden our scope of what HIV transmission looks like in Africa?”

Hope, and the future

It is important to know however that it is not a replacement for condom use, but could be used as an additional option for protection. Ideally, one day we will have rectal microbicides that not only protect against HIV, but other STDs as well.

This sounds very promising, but while there is ongoing research, there is no microbicide product out there in the market yet. That does not mean we should not be hopeful.

As we drive towards zero HIV infection, it is also important we started looking at other prevention technologies that will be very easy for people to use without actually affecting their established sexual behaviours.

Rectal microbicides are looking like the part of future of HIV prevention, but for this dream to be achieved there is the need for everyone to be involved in the process – on both the research and advocacy fronts.

From civil societies to clinicians, doctors to government officials, international organizations and funders the world over, we need to all join the fight.