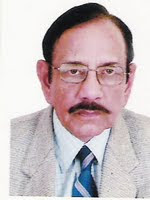 “India needs the [new prevention] technologies for meeting all the three important [sexual and reproductive health] needs of an individual as well as for the country – i.e. prevention of unwanted pregnancies, prevention of non-HIV sexually transmitted infections (STIs) as well as HIV” said the Dr Badri N Saxena, President-elect of Microbicides Society of India (MSI).

The Microbicides refers to a new type of product being developed that people could use vaginally or rectally to protect themselves from HIV and possibly other sexually transmitted infections. A microbicide could be produced in many forms, including gels, creams, suppositories, films, or as a sponge or ring that releases the active ingredient over time. They are still being researched upon around the world and not available over the counter (for more information on microbicides, go to: www.global-campaign.org).

“According to the National AIDS Control Organization (NACO) in India, unsafe sex is the highest risk factor for HIV transmission in the country. About 86 percent HIV incidence in the country is from unprotected sex. Globally too, unsafe sex is recognized as one of the highest risk factors for disability and deaths worldwide. More people acquire curable sexually transmitted infections (STIs) other than HIV, than HIV globally. The data is shocking: every year, about 34 crore people (340 million) get infected with at least one of the four primary curable STIs: Neisseria gonorrhoeae (NG), Chlamydia trachomatis (CT), Trichomonas vaginalis (TV), and syphilis, and just under 30 lakhs (3 million) become infected with the human immunodeficiency virus (HIV). It is evident from clinical experiences in India, that a large number of people acquire chronic infections with pathogens such as the herpes simplex virus (HSV), a cause of genital ulcers, and the human papilloma virus (HPV), responsible for cervical cancer. According to the United Nations Population Fund (UNFPA) recent research estimates of 2005, over 200 million women in developing countries have an unmet need for effective contraception. Every life is invaluable so we need to advocate for prevention of HIV, non-HIV STIs, and effective contraception as well” further explains Dr Badri N Saxena.