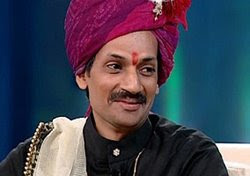 via Edge Boston, by Kilian Melloy

Among the relics left behind in India by British colonialism is a law punishing consensual sex between adults of the same gender. But that may be about to change.

The Indian Penal Code embraced the law against sexual relations between individuals of the same gender, a holdover from the days when Britain wrote the laws for India. Earlier attempts to repeal the law, which prescribes prison sentences of up to a decade for gay sex, have been unsuccessful, reported a June 29 article in the Pakistan newspaper the Daily Times.

But government officials have indicated that they are willing to reconsider the ban on gay sex. One driving motive is a need to curb the spread of HIV and AIDS, which afflict an estimated two and a half million people in India.

The decriminalization of gay intimacy could bring more people in for testing and encourage gays to learn about safer sexual practices.

Meantime, at least one member of the Indian royalty, a gay prince, has spoken approvingly of the possibility that the law might change.

A June 30 article in The Hindustan Times reported that Manvendrasinh Gohil spoke out, saying, “It’s a very positive and encouraging initiative taken by the Central Government.

“I really appreciate the fact that the Home Ministry convened a meeting in this regard,” Gohil added, going on to state, “I am hopeful about a positive outcome and justice to us,” the article reported.