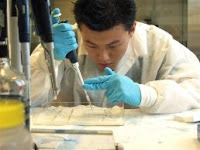 “2010 has been a year of retrospection, a time for looking back over the 30 years since the first published report of the mysterious illness that would come to be known as AIDS. As sobering as this anniversary has been, it has also been a time for some optimism and calls to end the epidemic. These calls may not be simply wishful thinking, fueled as they have been by promising research results over the past two years in vaccines, microbicides, pre-exposure prophylaxis using antiretrovirals (PrEP), and antiretroviral treatment as prevention—results that have energized the entire HIV prevention field.
The first good news came at the end of 2009, when researchers in the RV 144 Thai vaccine trial reported that a vaccine combination had reduced risk of infection by 31 percent—the first clinical evidence that a preventive AIDS vaccine would be possible. Then, in July 2010, the CAPRISA 004 trial team announced its findings–that use of 1% tenofovir (TDF, also known as Viread®) vaginal gel reduced women’s risk of HIV infection by 39 percent—providing the first proof that a microbicide would be possible. This news was followed in November 2010 by the announcement from the iPrEx trial team that daily oral tenofovir/emtricitabine (TDF/FTC, also known as Truvada®) had reduced risk of HIV infection by an estimated 44 percent overall in men who have sex with men (MSM) and transgender women, and proved for the first time that HIV prevention using PrEP would be possible. And finally, in early 2011, the HIV Prevention Trials Network (HPTN) 052 trial established that use of antiretroviral therapy (ART) by HIV-positive individuals reduced transmission to their partners”