… according to The Advocate

Leo is one of 23 LGBT people profiled regarding their “perfect” jobs in the March 2010 edition. Check out his blurb below. 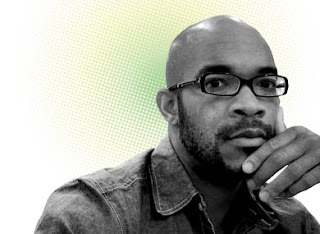 Gay men have long had a complicated relationship with condoms. Anyone who’s fought a losing battle with a prophylactic due to a latex allergy or loss of an erection may one day owe a debt of gratitude to Leonardo Colemon. The affable Mississippi native manages a team of researchers at the University of California, Los Angeles, and in collaboration with Pamina Gorbach and Peter Anton is developing a lubricant that would be applied to a receptive partner prior to anal sex. This lube (referred to as “booty butter” in an online educational video produced by the group) will contain microbicides designed to kill HIV and other STIs to a certain degree. “There is a condom fatigue within our community,” Colemon says. “Gay men like the natural feeling, and I look to a future with that being an option. That’s what rectal microbicides will do.” This cutting-edge infection-prevention tool is “being developed and targeted to men who have sex with men and don’t use condoms consistently,” says Colemon. “But it will also be useful to heterosexuals who want safer options for anal intercourse.” Colemon, who also volunteers as an HIV/STI counselor at the Los Angeles Gay and Lesbian Center, notes that Food and Drug Administration approval could take five to 10 years, and he readily admits that while rectal microbicides “are unlikely to be 100% effective, they will certainly reduce the potential for transmission.”

Leo presented “Development, Recruitment, and Utilization of a Microbicide Research Registry” on an IRMA teleconference in September, 2008 and he gave us some Good Quote too.

Read about other folks with cool jobs.