Via bulawayo24.com, by Yngve Sjolund 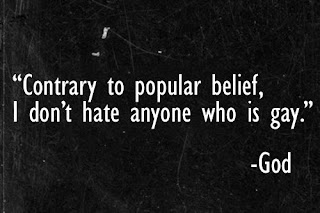 In 2000, an ex-partner accused Adam of infecting him with HIV. He went to Adam’s employers and told them that he had infected him with HIV. Adam was forced to go for an HIV test by his employers which came back showing that he was HIV positive.

Adam remembers: “I felt kind of betrayed that my employers were falling for the blackmail. I had broken up with this person – and so he said I infected him with HIV because he wanted me to give him money and food, because I had a job. He wanted support from me.”

Today Adam (38), living in Soweto, considers himself as a self-identified black gay man and explains: “I always believed that when a person is born they are born for a reason, and they are born with different sexual orientations. There are straight people and there are gay people. Especially amongst the gay population in the black community people will say it is a foreign thing to be gay. They will say it is a white man’s disease, and as our Zimbabwean President will say, they are ‘worse than pigs and dogs’.

Adam is determined to make a change and sees a way forward for his peers: “I think people should embrace who they are. I personally feel that their conscience should guide them. If we look at culture, culture has its own imbalances, and as a gay and a Christian man I believe God created everybody differently, for a purpose. God did not make a mistake creating me as a gay person. And I don’t believe it is the work of the devil that somebody sleeps with the same sex. God created it that way. And he made me that – he is the one that created me as a man and gave me the feelings to be gay and have feelings for other men.”

Many people today still believe that being gay and contracting HIV is a “punishment from God”, but Adam explains that it is actually more a case of being lucky or unlucky. “I personally believe HIV has exposed me to so many things – I was lucky to get HIV. And because I have had bad publicity about me which I would not like to discuss. You get HIV for a variety of reasons. It is not a punishment.

It is just like another disease, like you can get cancer. Some people don’t even go around saying ‘I want cancer’ or ‘I want sugar diabetes.’ It is unfortunate that HIV is stigmatised to sex and people will think that a person has to be a pervert to have sex to get HIV. But it is just unfortunate.”