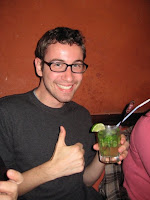 Recently on the highly-active IRMA listserv we discussed the issue of “gay shame” and the increased depression, substance abuse, and suicidal tendencies that go along with that notion.  The original posting had to do with a sense of internalized homophobia within the gay community.  While members of our listserv debated the accuracy of the author’s claims we questioned the author’s own sense of internalized homophobia, the systemic nature of addiction and mental health, and how sexual health is packaged to the gay community, I felt conflicted about my own feelings on this piece.