Via aidsmap, by Carole Leach-Lemens 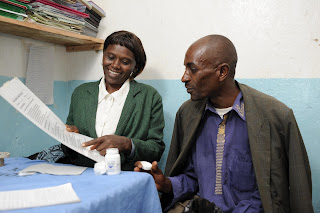 The positive effects of counselling on adherence were seen immediately after starting antiretroviral therapy and maintained throughout the18 month follow-up period. Use of an alarm device had no effect on adherence or virological outcomes. Public health concerns that scale-up of antiretroviral treatment in sub-Saharan Africa would lead to poor adherence and widespread drug resistance have been proven wrong, note the authors.

The authors conclude “as antiretroviral treatment clinics expand to meet an increasing demand for HIV care in sub-Saharan Africa, adherence counselling should be implemented to decrease the development of treatment failure and spread of resistant HIV.”