via IPS News, by Danilo Valladares 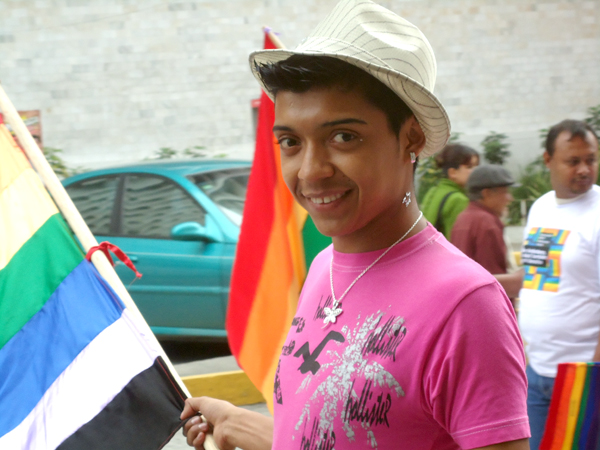 Lesbian, gay, bisexual, and transgender people “face discrimination in health centres due to homophobia and transphobia, and do not receive treatment tailored to our needs. That’s why we still represent the largest number of cases of HIV,” Valdez told IPS.

Among men who have sex with men in the country, 7.6 percent were HIV-positive in 2010, according to the study “Intensificación de las acciones de prevención y atención integral en VIH y sida en grupos vulnerables y áreas prioritarias de Guatemala” (The Intensification of Preventive Actions and Integral Attention to HIV/AIDS in Vulnerable Groups and Priority Areas of Guatemala), carried out by World Vision.

However, other organisations put the prevalence of HIV/AIDS among sexual minorities much higher.

A total of 22,647 cases of HIV/AIDS were officially reported in Guatemala between 1984 and 2010, according to the ministry of health and social assistance, although NGOs say that figure would grow considerably if it included the unregistered cases.

Meanwhile, the Pan-American Health Organisation (PAHO) estimates that more than 65,000 people in this Central American country of 14 million people are living with the disease, many of them without even knowing it.

Valdez said the country has taken “few steps” for preventing the spread of HIV among vulnerable groups.

But one of the advances made was the opening of five clinics catering to members of sexual minorities.

“This kind of service should be available in all hospitals, in order to eliminate homophobia, which is the biggest hurdle we face,” he said.