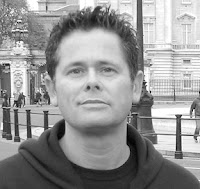 “I quickly discovered what a powerful tool a microbicide would be in the battle against HIV transmission. I’m involved in IRMA because of their wholehearted advocacy of safe, effective, and affordable rectal microbicides as a way to protect our community.” –Jim Maynard

Jim Maynard is the Associate Director for Community Engagement at Fenway Health, an organization serving the LGBT community in Boston. Through Fenway Health’s association with the Microbicide Trials Network (MTN), an NIH-funded network committed to the development and testing of vaginal and rectal microbicides, Maynard learned about IRMA and microbicide development.

Maynard is anxious to add microbicides to the “prevention tool belt,” recognizing that while condoms have been a powerful tool in preventing the spread of HIV, in many cases they aren’t being used. He realizes that some people see condoms as keeping them from the sex they want, and that human behavior, especially when it comes to something so powerful and enjoyable as sex, is difficult to change.

Maynard advocates for microbicides both at work and outside, talking to friends, family, coworkers and neighbors in the hopes of creating a “booty buzz” around rectal microbicides. Maynard also plays tennis and reads, and spends time with his husband and two sons.