via Aidsmap News, by Keith Alcorn 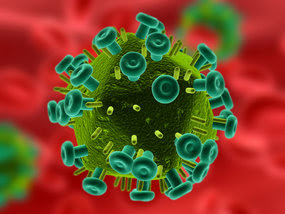 Scientists have been faced with the question of how HIV actually gets underneath epithelial cells to infect other cells that are susceptible to HIV. “It’s not the cells on top,” Kaushic said. “It is the immune cells underneath that have all the receptors that HIV likes to latch on to and that allow the virus to replicate and establish infection. But it has to cross the epithelial barrier first!”
“This is a significant step forward in defining where prevention strategies, such as microbicides and vaccine, need to focus. Instead of trying to stop HIV from infecting the target cells underneath the epithelium, we need to think about ways to stop the virus from attaching to epithelial cells themselves,” said Charu Kaushic.
Read the rest.