Via allAfrica.com, by Jana-Mari Smith 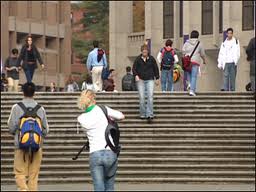 Banning HIV-positive Namibians from obtaining overseas scholarships is discriminatory, unconstitutional and a human rights violation. These, and other concerns, were raised by the AIDS Law Unit at the Legal Assistance Centre (LAC) in a press statement yesterday.

The statement referred to recent newspaper advertisements by the Ministry of Education offering international scholarships, which stipulated that Namibians who are HIV positive do not qualify for the opportunity. The ban on HIV-positive applicants from taking up the education opportunities offered by countries such as China, Cuba and the Slovak Republic, among others, goes against the grain of Namibia’s purported stance on equal opportunities for all.

One of the advertisements offers a Cuban medical scholarship to young Namibians from low-income families. The notice specifically requires a health certificate “acknowledging HIV-negative tests”. A medical scholarship offered by China asks applicants to “undergo a thorough medical check-up, including HIV-AIDS tests”. An official at the Namibia Student Financial Assistance Fund (NSFAF) yesterday told a prospective applicant that neither China nor Cuba will accept HIV-positive applicants.

“These are their policies,” he said, adding that these countries do not want foreigners to “go and multiply your HIV there”. An official at the Directorate of Scholarships and Awards within the Ministry confirmed that an HIV-positive applicant does not stand a chance. “That is their requirement. You cannot go there if you are HIV positive”. The press release from the LAC yesterday condemned the condition attached to the scholarship offers. The ostracising of HIV-positive individuals is “discriminatory and unconstitutional”.

The LAC argues that the exclusion of HIV-positive students from educational opportunities “unreasonably discriminates against young people living with HIV-AIDS and excludes them from having the same kind of opportunities”.