“We continue to fund research on microbicides—we’re particularly interested in rectal microbicides.”

POZ asks Kevin Frost, CEO of the Foundation for AIDS Research, the $100,000 question that HIV-positive inquiring minds want to know: Does it pay to cure AIDS?

The Foundation for AIDS Research (amfAR) is one of the richest foundations in the world funding the hunt for the AIDS cure. Since 1985, it has invested nearly $275 million in the development of basic 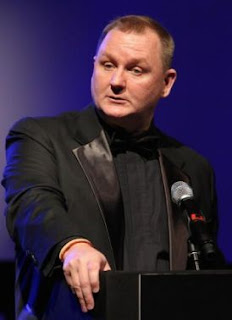 science in private research labs hoping that with its financial backing, scientists will crack the code and shut down HIV for good. Kevin Frost, amfAR’s CEO, goes where few others will—admitting that they are in red-hot pursuit of the holy grail: the end of AIDS.

In this climate of global economic instability, large pharmaceutical companies are increasingly beholden to their shareholders and, as a result, increasingly more risk-adverse. As a result, the gap between biotech development—the spoils of indie labs—and the reality of those products being brought to market is widening dangerously. In a time when AIDS has topped all previous tallies for total number of deaths and the number of people living with—and orphaned by—the disease, there are inversely proportionate responses on the scientific and investment fronts.

Add to that mix the fact that, untreated, AIDS threatens to spread its deadly swath wider and exponentially faster than ever before. As a result, it will further undermine global economic stability by killing entire generations of workforces in developing nations, threatening to drain the federal reserves of nations around the world and leaving in its wake an uneducated army of abandoned children some 14 million-strong and growing daily.

This is the environment in which we are struggling to outwit one of the craftiest retroviruses known to man. Contrary to conspiracy theories and legitimate questions about certain parties’ inherent interest in continuing the epidemic, Frost assures us that the world can no longer pay the price—both in terms of dollars and precious lives—of not putting an end to the AIDS pandemic.

Read the interview on POZ.