Via Poz, by Tim Horn 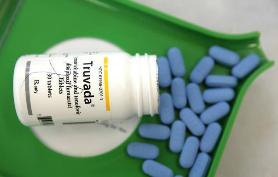 The AIDS Healthcare Foundation began a paid advertisement campaign urging Gilead Sciences to refrain from seeking approval from the U.S. Food and Drug Administration for Truvada for use of the combination tablet as HIV prevention, in an approach known as pre-exposure prophylaxis, or PrEP.

The ads were met by an outcry from the community. One prominent organization, the HIV Prevention Justice Alliance, issued a sign-on letter , dated March 16, urging the FDA “to examine the study results of PrEP rather than playing to speculation and fear.”

While I agree that PrEP should be considered as an option in the HIV prevention toolkit and would ultimately support an effort by Gilead to expand Truvada’s labeling to include PrEP–should the company petition the FDA for approval–I am also of the mind that a green light from the FDA should not be met with the rush-to-treatment that typically follows approval of a drug.

Given how little we know about the safe application of PrEP in a real-world setting–read: outside of a clinical trial–not to mention the expense of a comprehensive prevention program that includes PrEP, I think more feasibility studies need to take place before we consider a widespread HIV prevention program involving PrEP.

Here’s what we do know: PrEP is effective in one population of at-risk individuals: men who have sex with men (MSM). The iPrEx clinical trial, sponsored by the National Institute of Allergy and Infection Diseases (NIAID) of the U.S. National Institutes of Health (NIH) and co-funded by the Bill & Melinda Gates Foundation, involved a large sample size (approximately 2,500) of MSMs. The study, which had sound design and statistical analysis, proved Truvada use resulted in significantly fewer infections compared with those using a placebo.