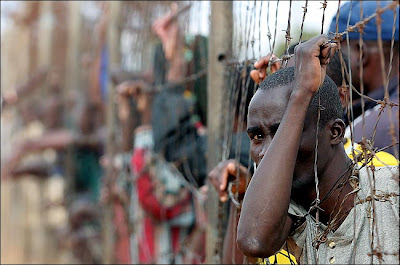 From NewsDay, by Owen Gagare

Inmates in Zimbabwe’s filthy prisons could soon be receiving condoms while in incarceration to prevent the spread of HIV, NewsDay has established. According to proposals by the Ministry of Health and Child Welfare and World Health Organisation (WHO), prisoners could soon benefit from initiatives to curb the spread of the deadly scourge.
The director of the Aids and TB programme, Owen Mugurungi, told journalists attending a workshop whose theme was “Understanding multiple concurrent partnerships and male circumcision” in Kadoma that his ministry was working with the Justice ministry to address health challenges in the country’s prisons. He said there had been realisation that there was rampant homosexuality in the penitentaries and upon release the likelihood to affect spouses and girlfriends was high.
Read more