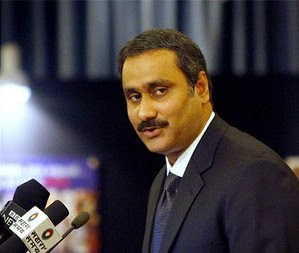 India – Wake up to global reality on gays

NEW DELHI: A combative Health Minister Anbumani Ramadoss, who has lost his battle with the government on legalising homosexuality, says India should wake up to the growing global acceptance of gays as this would ensure “an effective fight against AIDS”.

“I would like to help gays come overground for an effective fight against AIDS. The world over gays are being accepted. We too need to move on,” Ramadoss said in an interview.

During the interview, he also spoke of the launch in two months of a Rs.7.5-billion National Emergency and Trauma Programme that will eventually see 20,000 ambulances across the country immediately responding to highway accidents, and of the National Nutrition Mission that aims to eliminate malnutrition by 2015.

According to the minister, he was aware of the social opposition to his demand to de-criminalize men having sex with men (MSM) but this was “a very serious issue from the AIDS-control point of view.

The National AIDS Control Programme, which is in Phase III (2007-2012), was being “adversely impacted because it is difficult to reach out to the gay population of the country. According to estimates, in India there are 2.46 million men who have sex with men. We know the HIV infection status of only 50 percent of these men. Eighty-six percent of HIV infection is through the sex route, which includes MSM and transgender,” the minister pointed out.

He lamented that because of Section 377 of the Indian Penal Code that bans unnatural sex, a doctor could be arrested for treating a gay and a health worker could also be arrested for advising MSM about HIV infection.

“Imagine the problem this means when it comes to our fight to contain HIV infection. While I fully support protecting children against sexual abuse and treating pedophiles as criminals,I would like to help gays come overground for an effective fight against AIDS.”

Read the rest of this article.