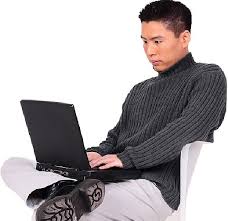 Introduction
Since the emergence of HIV as a global pandemic in the 1980s, men who have sex with men (MSM) have shared a disproportionately large burden of infection in many high-income countries in Western and Central Europe, Australia, and North America. Due to this recognized high burden, MSM represent a large target population for resources on HIV/AIDS prevention, treatment, and research in these areas. By contrast, Africa’s HIV/AIDS epidemic has long been understood primarily as a “heterosexual epidemic”, with an estimated 80% of HIV infections being tied to heterosexual transmission. This focus has led to HIV/AIDS prevention efforts in Africa being targeted primarily to heterosexuals.

Recent epidemiological evidence has shown that MSM in Africa share a disproportionate burden of HIV infection. Prevalence estimates of MSM in Africa range from 1–4% of the general population, but high levels of HIV infection and a high prevalence of MSM also engaging in sex with women has led MSM transmission to be linked to over 20% of all HIV cases in several countries of the Middle East, North Africa, and West Africa. These data are at odds with the fact that most African countries have not dedicated any national HIV/AIDS funds to specifically target HIV/AIDS among MSM.

The 2009 UNAIDS report on universal access for MSM and transgender people highlights the global failure in addressing the needs of MSM regarding HIV/AIDS education, prevention, treatment, research, and care. One of the foci of this report is increasing access to HIV/AIDS prevention materials for MSM and transgender individuals. Although increasing HIV/AIDS knowledge alone is not sufficient to promote sustainable behavior change, accurate knowledge of transmission and prevention of HIV is necessary if MSM are to adopt risk reduction strategies.

Globally, reporting on HIV knowledge among MSM is sparse. Only 33 out of 147 low and middle income countries (LMIC) reported knowledge data through the 2008 United Nations General Assembly Special Session (UNGASS). Only 2 of these 37 countries reporting UNGASS HIV knowledge data were in Africa, with Nigeria and Mauritius reporting that only 44% and 48% of MSM respectively could “correctly identify ways of preventing sexual transmission of HIV and could correctly reject major misconceptions about HIV transmission”. Additionally, across all low and middle-income countries reporting knowledge scores, less than half of MSM held correct HIV knowledge.

Read the Rest of the Study.