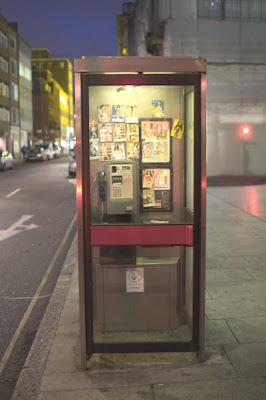 A survey into London’s off-street sex industry has exposed just how widespread it is – and documents in disturbing detail the plight of the women trapped in it.

The men were undertaking research for Big Brothel: a Survey of the Off-Street Sex Industry in London, the most comprehensive study ever conducted into brothels in the UK. The project, which gathered information from 921 brothels in the capital, was commissioned by the Poppy Project, the only British organisation that offers support for women trafficked into prostitution.

My co-author Helen Atkins and I recruited male friends and colleagues to help with the research, and warned them that the work might be upsetting. They were to telephone brothels, posing as potential punters, with a list of questions including “What nationalities are on offer tonight?”, “Do the girls do anal?”, “How about oral without a condom?”, and “What age are they?” We wanted to look at what really goes on in brothels – how much control the women really have; whether there is evidence of trafficking; if local councils are giving licences for saunas and massage parlours when it is clear that they are brothels; and how the sex industry is growing and evolving.