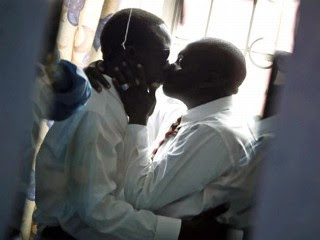 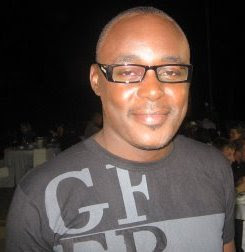 Despite the recent visibility of African men who have sex with men (MSM), there is still a wide gap in intervention programs for this group categorized as one of the most at risk populationa in a country like Kenya, where (like other countries) same sex practices are still viewed with a lot of stigma and discrimination.

With recent moves by governments like Burundi, it has been rather a challenge to even have dialogue with policy makers on inclusion of MSM in National Programs for HIV/AIDS. In a bid to bridge this gap, the UNAIDS and UNDP have started a research effort whose overall aim is to develop strategies that can be employed to promote government-level organization and partners through the UN system to: encourage accelerated quality prevention and HIV and health care delivery for MSM, influence and affect HIV/AIDS and rights based policies relevant to MSM, strengthen capacity of communities and community building.

In a recent focus group discussion for Eastern Africa, there were representatives from the different countries in Eastern Africa, trying to secure a voice of African MSM within HIV and AIDS development policy and programming in Eastern Africa. Although Kenya seemed to be some steps ahead in terms of inclusion in the strategic plan as compared to neighboring Uganda, Tanzania, Rwanda and Burundi, there were still some commonalities within all the countries. Lack of political support, current limited efforts that are not evidence based, religious and cultural hostility, negative attitudes from service providers and inadequate or total absence of IEC material were some of the challenges sited.

In trying to come up with an action plan for the same, the participants from different countries also tried to identify some of the recommendations for the different countries. Perhaps of most significance was research, taking into consideration other factors i.e. leaving out of WSWs (women who have sex with women) in HIV/AIDS intervention programs because of lack of evidence, deeper understanding of the different ddentities for the African MSM ; notably, a vast majority of African MSM do not identify as being gay or bisexual hence being left out in the intervention programs, and carrying out efficacy studies on the different indigenous lubricants currently being used by MSM or other alternatives. It is important that we do not get stuck without a supply of lube – a major challenge.

With the different components that this research will take, it was a common concern of the participants that this would not just be one of those projects that would end up on the shelves. Dr. Theo and Dr. Vasu, who are dedicated researchers, strongly assured the participants this would not happen, with a strong back up from Shivaji Bhattacharya, the senior policy advisor for HIV and Human Rights UNDP aub-regional Office for East and Southern Africa, who further stressed the UN’s commitment to this process and the necessity to come up with a strong tool that can be used for advocacy at different levels.