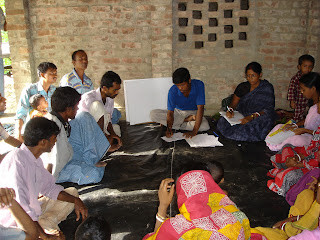 via International Journal of Epidemiology, by Phillips et al.

Studies identifying risks and evaluating interventions for human immunodeficiency virus (HIV) and other sexually transmitted infections often rely on self-reported measures of sensitive behaviours. Such self-reports can be subject to social desirability bias. Concerns over the accuracy of these measures have prompted efforts to improve the level of privacy and anonymity of the interview setting. This study aims to determine whether such novel tools minimize misreporting of sensitive information.

We found and included 15 data sets in the meta-analysis. Most studies compared audio computer-assisted self interview (ACASI) with FTFI. There was significant heterogeneity across studies for three outcomes of interest: ‘ever had sex’ (I2 = 93.4%, P < 0.001), non-condom use (I2 = 89.3%, P < 0.001), and number of partners (I2 = 75.3%, P < 0.001). For the fourth outcome, ‘forced sex’, there was homogenous increased reporting by non-FTFI methods (OR 1.47; 95% CI 1.11–1.94). Overall, non-FTFI methods were not consistently associated with a significant increase in the reporting of all outcomes. However, there was increased reporting associated with non-FTFI with region (Asia), setting (urban), education (>60% had secondary education) and a shorter question time frame.

Contrary to expectation, differences between FTFI and non-interviewer-administered interview methods for the reported sensitive behaviour investigated were not uniform. However, we observed trends and variations in the level of reporting according to the outcome, study and population characteristics. FTFI may not always be inferior to innovative interview tools depending on the sensitivity of the question as well as the population assessed.