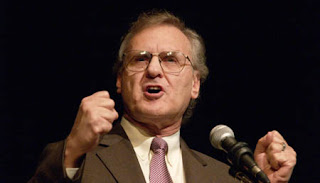 When the Government of Senegal jails eight gay AIDS activists for no reason except homophobia, setting back the fight against AIDS, where are the scientific voices of condemnation?

Right now, in the Caribbean, every country save the Bahamas, has laws that criminalize homosexuality. We tiptoe round this twisted form of racism. We submit to ridiculous claims of cultural relativism.

What is wrong with the international community? If this is how it behaves, it doesn’t deserve the name “community” at all.

And if the political leadership lacks the courage to confront such outrageous slander, you shouldn’t lack the courage. You’re scientists. You know that it’s a scientific reality that a certain percentage of the world’s people is gay. So tell the political philistines to get over it and stop wrecking such damage. More, you know that an ugly homophobic culture is a threat to public health that inevitably serves to spread the virus … I beg you to say so. The majesty of science is its influence.