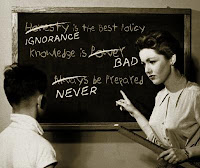 Despite national guidelines aimed at improving sexual health services for teenagers, most sexually active boys — even those who report high-risk sexual behaviors — still get too little counseling about HIV and other sexually transmitted infections (STIs) during their visits to the doctor, according to a study led by researchers at Johns Hopkins Children’s Center.
The study, published online ahead of print in the Journal of Adolescent Health, analyzed data from the 1995 National Survey of Adolescent Males and the 2002 National Survey of Family Growth, found that only 26 percent of teens who reported high-risk sex — such as having sex with a prostitute or an HIV-infected person or having sex while high or drunk — said they received HIV/STI counseling at the doctor’s office in the year preceding the survey. Twenty-one percent of all sexually active boys, regardless of risk, said they discussed HIV and other STIs with their doctors.
Read the rest.