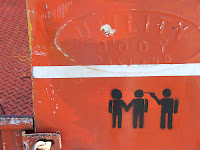 via Open Society, by David Scamell

A few weeks ago, civil society groups and human rights activists from across the Caribbean met with officials from UNAIDS, UNDP, and various national governments to talk about the impact that laws have on the HIV epidemic in the region. The meeting was the second regional dialogue of the UNDP Global Commission on HIV & Law, and was held in a region where a number of governments continue to use the law to persecute sexual and gender minorities.

According to the 2010 report from the International Lesbian and Gay Association, State-Sponsored Homophobia, 11 of the 13 Caribbean states criminalize sex between men. Under the continuous threat of imprisonment and police abuse, as well as discrimination from other citizens and even family members, gays and other men who have sex with men (MSM) in these countries are often driven away from the health and social services that they need. The same services, such as access to condoms and voluntary HIV testing and counseling, which are crucial in the fight against HIV.

Unsurprisingly, HIV among MSM is a relatively hidden but increasing problem for the Caribbean. In a region where the general adult HIV prevalence is second only to sub-Saharan Africa, at one percent of the population, infection among MSM is disproportionately high. For example, one in three MSM in Jamaica and one in five in Trinidad and Tobago are living with HIV.