UPDATE – The ban has been lifted!!!

President Obama announced today that his administration is lifting travel restrictions into the country for those with HIV/AIDS.

“If we want to be a global leader on HIV/AIDS, we have to act like it,” he declared, before signing a bill extending the HIV/AIDS treatment act named for Ryan White, who was diagnosed with AIDS at 13 and died in 1984. The bill provides medical care, medication, and support services to about 500,000, mostly poor, people.

The travel ban, imposed 22 years ago, will be lifted in January, according to a final regulation that will be published Monday, Obama said. 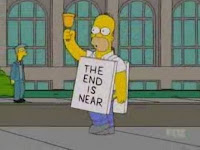 via Advocate, by Kerry Eleveld

President Barack Obama is expected Friday to announce an end to the HIV Travel and Immigration Ban during a signing ceremony for the Ryan White HIV/AIDS Treatment Extension Act scheduled for 11:50 a.m., according to a source at an agency that works closely with the Administration.

“My understanding was that this would be announced the same day as the Ryan White Act was signed into law,” said the source, who spoke to The Advocate on the condition of anonymity. “The White House wanted to be out in front on this.”

Read the rule from HHS.