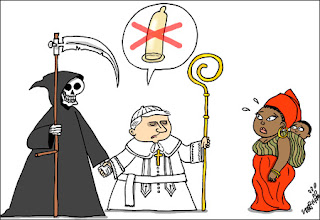 [Enjoy the additional Pope/condom images as light Friday entertainment from IRMA…]
From The Lancet Infectious Diseases, Volume 9, Issue 8, Pages 461 – 462, August 2009.
Samuel Ponce de Leon, et al.
The unjustifiable nature of the Vatican’s opposition to condoms in the face of the spread of HIV has been underlined by many.1 Moreover, the claims made by Pope Benedict XVI during his recent trip to Africa that the AIDS epidemic is a tragedy that “cannot be overcome through the distribution of condoms; on the contrary, they increase it”2 reveal, among other issues, a very poor under standing of the evolutionary future of HIV and the emergence of new strains. 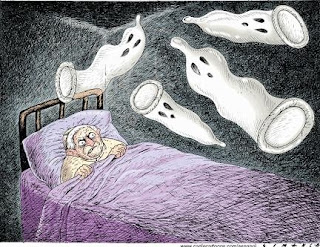 The epidemic has led to the development of highly eff ective therapies based on new antiretroviral drugs, which unfortunately are not available to most African patients. These new treatments have been developed with little consideration of their evolutionary consequences, but HIV will not cease to evolve, as shown by the rapid resistance developed against the different combinations of drugs that are being used.3 Clinical data show that in some parts of Europe and the Americas one of every ten newly infected people has an HIV strain that is already resistant to one or more groups of antiretrovirals.4,5 Unfortunately, the list now includes primary infections in which multidrug-resistant HIV subtypes have been reported.6,7 The unavoidable conclusion is that sooner or later we will observe resistance to even the most efficient combinations of antiretrovirals, with all the clinical and epidemiological adverse consequences.8 Even if we are able to overcome the problems faced in the development of vaccines, they will not be 100% effective.

By contrast, condoms, by their very nature, stop infections but do not act as a selective agent. Pope Benedict XVI, together with physicians, policy makers, religious organisations, and, eventually, the population at large, should become fully aware of the obvious: by acting as a purely physical barrier, condoms not only have a key role in limiting the HIV pandemic, but also help to keep down the number of new strains.

The Vatican must understand that, in purely darwinian terms, HIV will never evolve resistance to condoms. 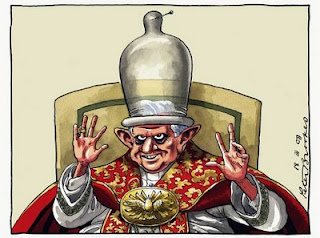