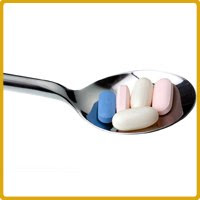 Via PlusNews.
The sixth International AIDS Society Conference on HIV Pathogenesis, Treatment and Prevention started optimistically as the hype surrounding the use of antiretroviral treatment to prevent HIV infection gained momentum. But the focus of much discussion in Rome from 17-20 July will undoubtedly be on how to transform the recent promising research findings into workable policy.

The most significant of these is the HPTN052 randomized control trial, which found that earlier antiretroviral treatment can reduce the risk of heterosexual HIV transmission by as much as 96 percent; other studies have proven the efficacy of ARVs for prevention in HIV-negative people.

“We need to ensure that the advances we are making in research – such as the now proven concept of antiretroviral treatment as a means of HIV prevention – are translated into action for people in developing countries,” said IAS local co-chair Stefano Vella, research director at Italy’s Istituto Superiore di Sanità, at the official opening of the conference.

But translating the research into action will require money, and if recent trends are any indication, that will be difficult, and there is much scepticism about the ability to significantly increase the numbers on treatment with such limited funds.

Donor pressure
“We need to keep up the pressure on donors… Donors are used to seeing costs rising year after year, but now we can show them a light at the end of the tunnel… We can show them that investing today will lead to lower costs tomorrow,” Brenda Waning, coordinator of market dynamics with the health financing mechanism, UNITAID, said. “We also need to learn how to do more with limited resources.”

Treatment as prevention will mean putting significantly more people on treatment earlier; at present, 15 million people are estimated to need ARVs – only 6.6 million have access to them.

“Treatment as prevention is possible, it is feasible, but we must not fool ourselves into thinking it’s going to be easy,” said Paul de Lay, deputy executive director of UNAIDS. “We put an additional 1.4 million new people on treatment in 2010 – if we maintain that momentum we will not achieve the goal of 15 million on treatment by 2015.

“We need to get to US$22 to $24 billion a year from the $15 billion a year we are currently spending; we need African governments to abide by the Abuja Declaration commitment to spend 15 percent of national budgets on health and we need donors to meet their commitments,” he added.

“If we can convince donors that we can stop the epidemic within a finite amount of time, the money will be found,” said Brian Williams, an epidemiologist with the UN World Health Organization (WHO).

Scaling-up HIV testing
Key to putting more people on treatment earlier will be finding those who need it; according to De Lay, most countries with hyper-endemic epidemics are testing just 4 percent of their populations.