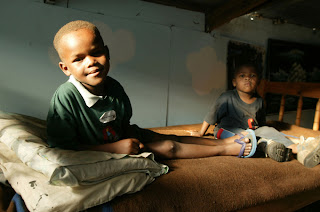 via Aljazeera, by Andrew Wander

Until recently, Loon Gangte thought the days of watching his friends die of Aids because they couldn’t get access to medicine were firmly in the past.

In a decade and a half since being diagnosed with HIV, Gangte, a 43 year-old living in New Delhi, has seen his illness transform from a death sentence into a manageable condition, thanks largely to the availability of cheap medicines produced in India.

“When I was diagnosed in 1997 there was medicine, but I could not afford it,” he says. “Only rich people from the West could pay for it, so I had no treatment. All I could do was eat healthily, sleep regularly and hope.”

But with no access to essential anti-retroviral treatment, his condition deteriorated. “According to the books, I was in the final stage of HIV – I had Aids,” he explains. But as he prepared for the worst, he was given a lifeline: Indian-made generic medicines became available at a fraction of the price charged by Western drug companies.

“My life changed totally. I’d lost 99.9 per cent of my best friends to Aids,” he says. “Why did I live and they die? It’s simple- I had access to these drugs.”

Gangte’s story should have ended there, another human life prolonged by the steady march of medical progress. Instead, seven years later, he says he is coming to terms with a new threat to his health: an international trade agreement being brokered between the European Union and India that medical experts warn could leave millions of HIV sufferers in developing world without the drugs they need to stay alive.