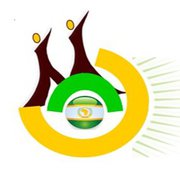 via  The Zimbabwean, by Francis Rwodzi

Young people are leading the prevention revolution by increasingly acting to protect themselves from HIV said the African Union (AU) during the pre-summit African Youth Forum that was held at the AU Headquarters in Addis Ababa, Ethiopia last week.

The “prevention revolution” is a global commitment by UNAIDS and its co-sponsors to galvanize leaderships at all levels, communities and all key stakeholders and development partners to halt the HIV epidemic-the ultimate vision is zero new infections , zero discrimination and zero deaths.

The revolution requires greatly intensified efforts to address the needs of all those at risk of infection, and of everyone living with HIV, with quality, scaled up programmes based on evidence of what works.

The AU said that only by stemming the tide of new HIV infections can those already HIV positive be assured life-time care, treatment and support and efforts are targeted at those countries and populations where the most new infections are occurring, especially the high prevalence countries in eastern and southern Africa.

Statistics released by the AU revealed that although there were 1.8 million new HIV infections in sub Saharan Africa during 2009, 22 countries reported a prevalence decline of more than 25 percent. The statistics showed that the number of young people living with HIV is falling in 13 African countries, a tremendous achievement on which African government can build on.